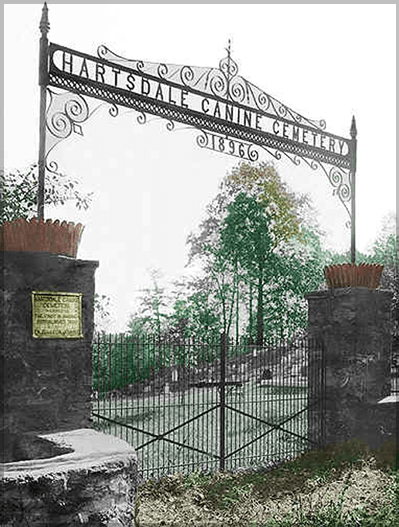 Hartsdale Pet Cemetery was founded in 1896 to address the growing need for a secure and dignified resting place for the pets of New York City.

The idea of a burial ground for animals patterned after those catering to people was first proposed by Emily Berthet, an accomplished equestrienne and liberated “New Woman.” To realize her dream, she partnered with Dr. Samuel Johnson, Manhattan’s preeminent veterinary surgeon and proprietor of the first state-of-the art hospital for animals in the city. Emily’s estate of five hillside acres in the village of Hartsdale, just twenty miles north of the city by train, presented the ideal location—and Dr. Johnson, with his brilliant business acumen and clientele of devout pet owners, was the perfect individual to steward the revolutionary endeavor.

Today the beautiful hillside location, known as the “Peaceable Kingdom” is the final resting place for more than 80,000 dogs, cats, rabbits, birds, reptiles, monkeys and even a lion cub that lived at the Plaza Hotel with a Russian princess as well as the cremains of a full-grown Bengal tiger that grew up in an apartment in Harlem, New York.

In 2012, Hartsdale was added to the National Register of Historic Places making it the first and only animal burial ground to receive such acknowledgment as a site of profound cultural significance. Additional recognition of our unique legacy comes from the Smithsonian Institute and the National Wildlife Federation. And, Lonely Planet Travel Guidebook listed Hartsdale as one of the top 10 burial grounds in the world alongside the Taj Mahal and the Pyramids of Giza. Historical treasures abound at Hartsdale. The oldest headstone sits above Blague, a dog who died in 1898. A 50-ton mausoleum for four spaniels is the largest ever designed for pets. The first National War Dog Memorial pays tribute to Military Working Dogs and Service Dogs.

Wandering through Hartsdale Pet Cemetery is a serene and peaceful journey through history. Filled with meandering paths that wind their way past flowering cherry trees, begonias and a babbling brook, monuments – modest, grand whimsical and heartfelt – enchant at each twist and turn. Headstones etched with crosses sit beside those bearing the Star of David. Cats are buried close to dogs, rabbits and reptiles. There is no separation of religions or species, no hierarchy that guarantees more desirable spots for the pets of the rich and famous. Rather, all are united in love. Hence the cemetery’s nickname: the Peaceable Kingdom. The “Cat Band” sculpture donated by a plot-holder, symbolizes Hartsdale’s inclusiveness. 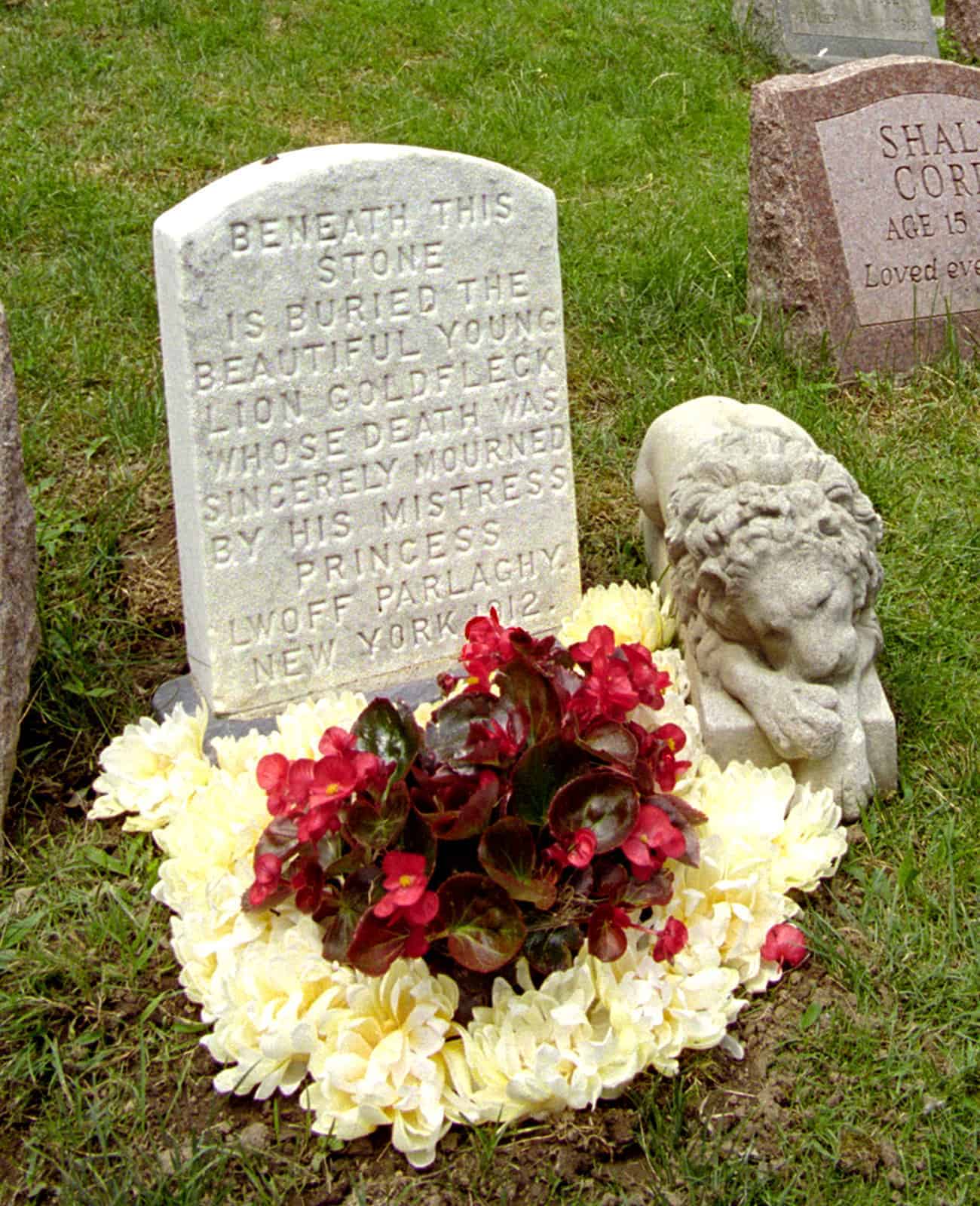 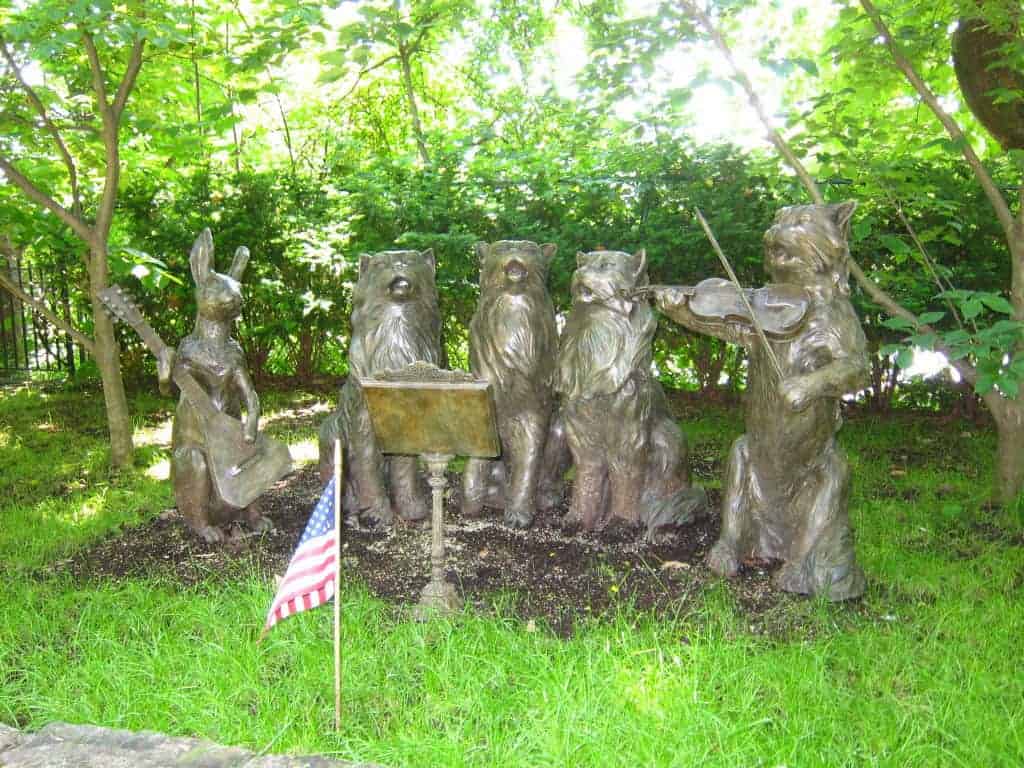 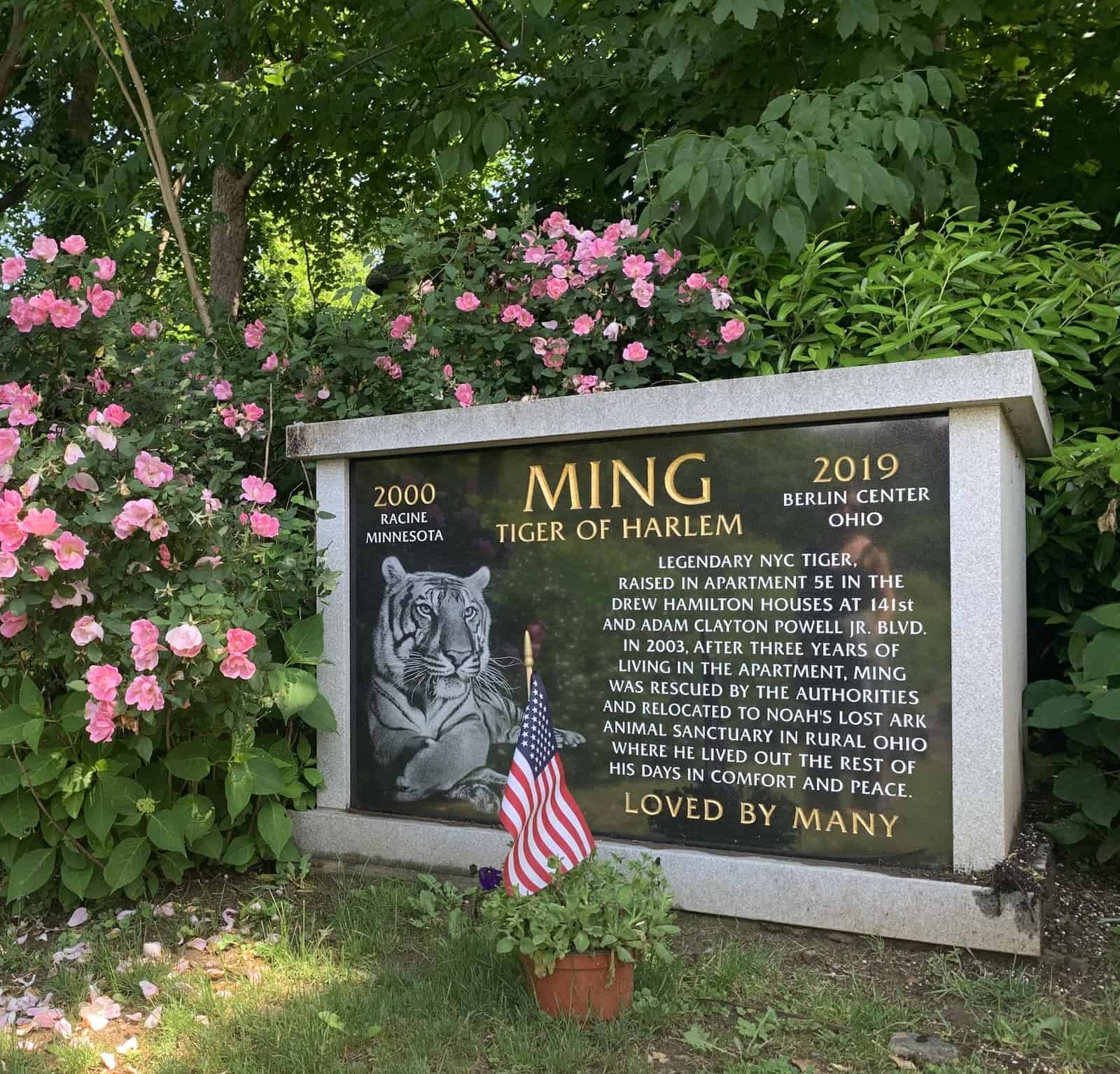 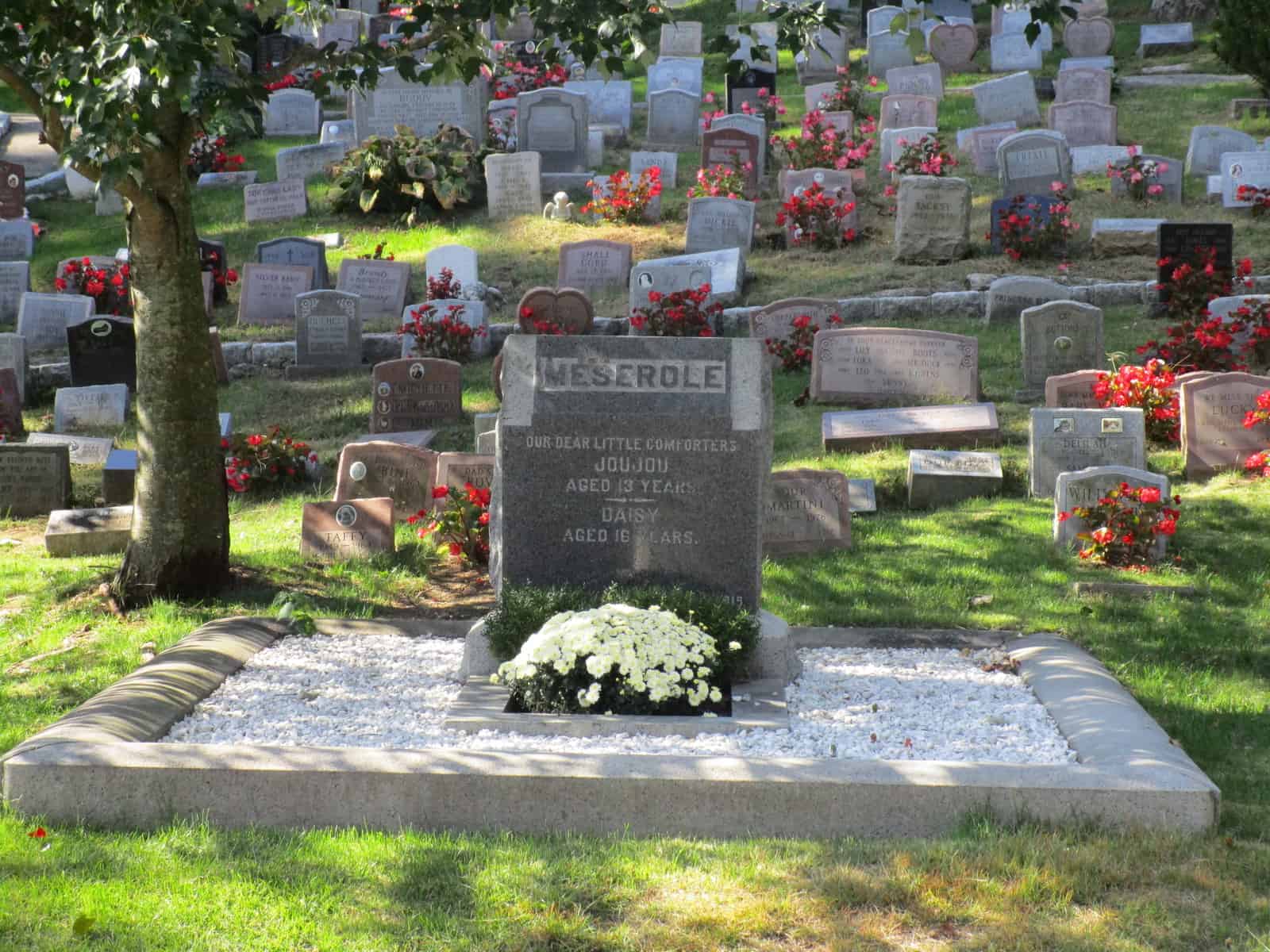 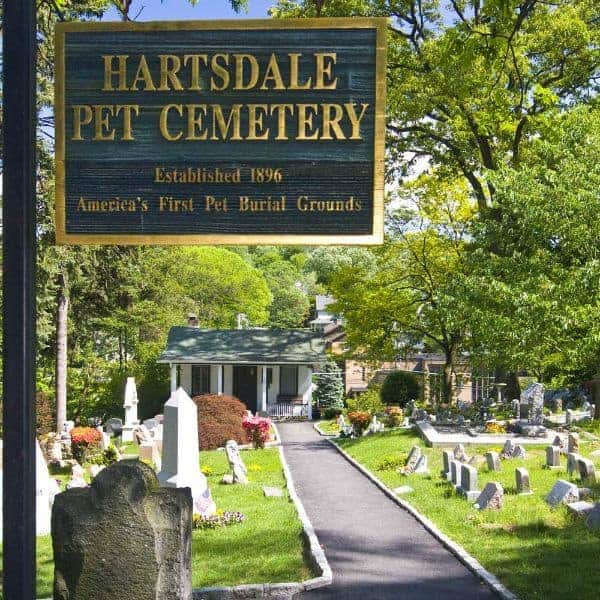 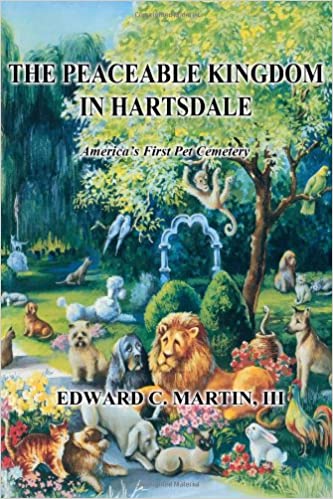 Read more about the fascinating history of Hartsdale Pet Cemetery in the book, The Peaceable Kingdom in Hartsdale. The book, which is authored by Edward Martin, III, chronicles the history of America's first pet cemetery and highlights some of the notable burials that have taken place. All proceeds will be earmarked for preservation and beautification of our historic grounds. Click here to purchase.

Irene and Vernon Castle and their pets

We use cookies to ensure that we give you the best experience on our website. By closing this banner, scrolling this page, clicking a link, or continuing to browse this site, you agree to this use.OkPrivacy policy